The average investor knows little, if anything, about U.S. farmland. This is true even amongst the most sophisticated investors. And it’s no wonder why. Farmland is a niche sector that has historically been owned and operated by farming families who make their living off the land.

However, that’s beginning to change.

In recent years, farmland ownership has become increasingly consolidated. Investors looking for diversification and steady profits have begun adding farmland to their portfolios. In order to achieve scale, they have begun buying up large swaths of farmland. Then, working closely with the farm management companies, they will inject the working capital and expertise needed to improve production and in turn, increase farmland profitability.

This pattern of farm consolidation has not gone unnoticed. Longtime investors are reaping the rewards by building large portfolios of agricultural assets and profiting  as land values continue to escalate.

In this article, we look at who owns the majority of U.S. farmland and the trends associated with those ownership patterns.

Ownership of U.S. farmland has historically been highly fragmented. Despite recent efforts to consolidate farmland into larger, scalable investment portfolios, most farmland is still independently owned and operated. What’s more, the majority of this farmland is owned by multi-generational family farmers.

According to the USDA, owner-operators make up the bulk of farmland operations. An estimated 61 percent of all U.S. farmland is owned by farmers and ranchers.

There are several reasons why this owner-operator model continues to be so successful.

For example, “while economies of scale matter in agriculture, they are not so extensive to require large diversified corporations to exploit them,” notes a recent Nuveen report. “Agriculture requires seasonable employment, and family businesses have been able to reallocate their labor to other tasks on and off the farm to accommodate seasonality and unexpected variability in agricultural production needs.”

Multi-generational family farmers also have unique, historical knowledge about a farm’s soil, nutrient, water, crop, and other conditions that do not always transfer successfully to corporate ownership models.

Investing in a farm via a sale-leaseback transaction is considered one of the “safest” ways to directly invest in farmland. This is because the investor holds title to the land, thereby benefitting from any and all land appreciation, but is not responsible for maintaining the farm operation. Investors also benefit from the routine cash flow generated by rental payments.

Canadian investors hold the largest share of foreign-owned U.S. farmland, at 29 percent. Investors from the Netherlands, Italy, Germany and the UK follow suit, collectively owning another 33 percent of U.S. farmland.

Foreign investment in U.S. farmland varies drastically by state. There is no federal policy to regulate land ownership and therefore, it is up to individual states to determine if (and how much) foreign investors can own land. In Texas and Ohio, for example, there are no regulations on ownership of farmland. In one part of Ohio, more than 64,000 acres of farmland were purchased by companies from the Netherlands looking to establish wind farms.

According to Ty Higgins of the Ohio Farm Bureau, foreign ownership of U.S. farmland is a growing concern. “One of the main reasons that we’re watching this,” he told NPR, “is because once a foreign entity buys up however many acres they want, Americans might never be able to secure that land again. So once we lose it, we may lose it for good.”

Compare this to a state like Iowa where there are stricter land ownership regulations. In Iowa, no land in Iowa is owned by foreign entities.

Although U.S. farmland has historically been owned by the operators of those same farms, a growing number of billionaires are investing in the sector. In fact, some of the most prominent U.S. farmland investors are among the nation’s most well-known household names.

In February 2014, billionaire investor Warren Buffett wrote a letter to investors in which he described farmland as an investment that has “no downside and potentially substantial upside.” It comes as no surprise, then, that Buffett has invested heavily in the asset class himself.

This is true despite Buffett’s own admission that he knows nothing about farming, even though he has owned farmland for decades. Buffett purchased his first farm in Nebraska before he entered high school, using money he earned from his paper route to do so. Buffett has since grown his portfolio of farmland, including a 400-acre Nebraska farm to his portfolio that produces both corn and soybeans.

Bill Gates often finds himself in the headlines, but recently has made waves for his investments in U.S. farmland. The Microsoft co-founder reportedly owns more private farmland than anyone else in the nation – an estimated 242,000 acres. Many of these investments have been made through a company called Cascade Investment, LLC.

Why would someone worth more than $100 billion be drawn to farmland? Since the mid-1990s, Bill and (now ex-wife) Melinda Gates have been acquiring large swaths of farmland as part of their philanthropic vision to improve sustainability, making farms more productive and food systems more secure.

Amazon CEO Jeff Bezos has reportedly amassed a portfolio of 420,000 acres of land across the United States. Most of this land (300,000 acres) is concentrated in Texas. Bezos has used at least one of those ranches, the 30,000-acre Figure 2 Ranch, as the center for his Blue Origin space mission.

Media mogul and CNN founder Ted Turner owns an estimated 2 million acres of land, primarily located in New Mexico, South Dakota, Nebraska and Georgia. A large portion of this farmland is classified as ranches where Turner’s 50,000+ buffalo can graze freely.

John Malone, America’s “Cable Cowboy,” a nickname earned given his role in U.S. telecommunications, owns more land than anyone else in the nation. Malone has amassed a portfolio of more than 2.2 million acres of land (approximately half the size of Lake Ontario). Most of this land is located in Maine, New Mexico, Colorado and Wyoming and is used largely for the family’s privately-owned cattle ranches.

In addition to farmland REITs (see below), there are many corporations that own U.S. farmland for a variety of purposes. For example, in 2013, a Chinese company called Shaunghui (now known as the WH Group) purchased the Smithfield Company, America’s largest producer of pork. The WH Group is among the several Chinese corporations that now own U.S. farmland as well as processing plants and distribution systems associated with these farms.

Corporations like Deere & Company and Archer-Daniels-Midland are among some of the other substantial owners of U.S. farmland.

Unlike other commercial real estate asset classes, there are only two real estate investment trusts (REITs) that specialize in farmland: Gladstone Land Corporation and Farmland Partners.

Gladstone Land Corporation (LAND) was founded in 1997 as the first U.S. REIT focused exclusively on farmland ownership. By 2021, Gladstone had amassed a portfolio of 150 farms across 14 different states. Collectively, these farms grow 45 different types of crops on an estimated 94,000 acres of farmland. The portfolio has a market cap of nearly $1 billion, making it the largest farmland REIT in the world today. Gladstone also selectively invests in farm-related assets, such as cooling facilities, processing plants, packaging facilities, and distribution centers.

Founded in 2014, Farmland Partners (FPI) is another popular REIT. Today, Farmland Partners has a market cap of approximately $400 million, making it significantly smaller than Gladstone. Farmland Partners owns roughly 155,000 acres of land across 16 U.S. states. These farms cultivate more than 25 different kinds of crops and have more than 100 individual farmer tenants. This diversification is one of the reasons FPI appeals to an array of farmland investors.

Farmland REITs like Gladstone and Farmland Partners are an excellent option for investors looking to add farmland to their portfolios without making a substantial investment. REIT shares are easily purchased and sold, with individual shares often trading for less than $100 apiece. This provides low barriers to entry while also preserving investors’ liquidity. That said, those who invest in a REIT are investing in the corporation that owns the farmland – not the actual farmland itself. Those looking for more direct exposure or ownership of farmland will want to consider other investment vehicles instead.

Farmland has traditionally been considered a niche asset class, with few individuals investing in the sector. That has begun to change with the emergence of several online crowdfunding platforms geared specifically toward farmland investments.

AcreTrader advertises investments that usually require a minimum investment of 10 shares, with each share representing the equivalent of 1 acre of land that sells for between $3,000 and $10,000 per acre. Those who invest in AcreTrader are purchasing a share of the LLC that owns farmland, not a direct share of farmland itself.

FarmFundr is another crowdfunding platform that advertises deals to accredited investors. Opportunities include farmland and other agricultural facilities.

FarmTogether also features deals for accredited investors only. These deals, however, allow individuals to buy direct shares of specific farms or, if they’d rather, shares in a fund that owns several farmland investments.

Is owning farmland a good investment for me?

As mentioned above, there are three primary reasons why institutional investors are pouring capital into the farmland sector: 1) farmland proves to be a strong hedge against inflation, as farmland prices tend to have a high correlation with the CPI; 2) farmland exhibits a low correlation to the broader capital markets such as stocks, bonds and other equities; and 3) farmland offers strong risk-adjusted returns with low volatility.

Any investor interested in an asset with these characteristics will want to strongly consider investing in U.S. farmland.

Moreover, land is a finite resource. Unlike other commodities, there is only so much farmland that can be cultivated. Those who own farmland own a scarce resource that will continue to be in high demand as the world’s population grows and people in developing countries begin to consume more calories per capita.

The farmland landscape (no pun intended!) is changing drastically. Ownership patterns are beginning to change. A sector once dominated by owner-operated farms is now undergoing rapid consolidation as billionaires, institutional investors and foreign players look to scale their farmland portfolios.

Understanding who owns farmland today is an important first step for individuals looking to invest in the sector. What they’ll find is an asset class rife with opportunity for those willing to be among the “first movers” as this consolidation occurs. As larger investors enter the fray, farmland values are expected to rise, benefitting all of those who have invested to date. 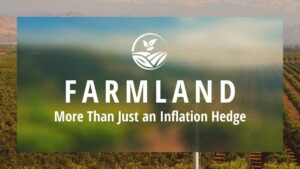 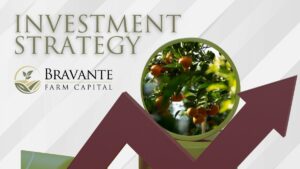 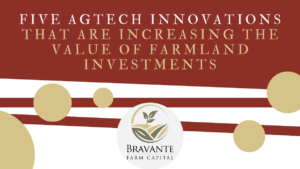